Method to the Motion Between Mothers and Toddlers: Synchronized Movements Pave Way for Children’s Interactions with Bigger World 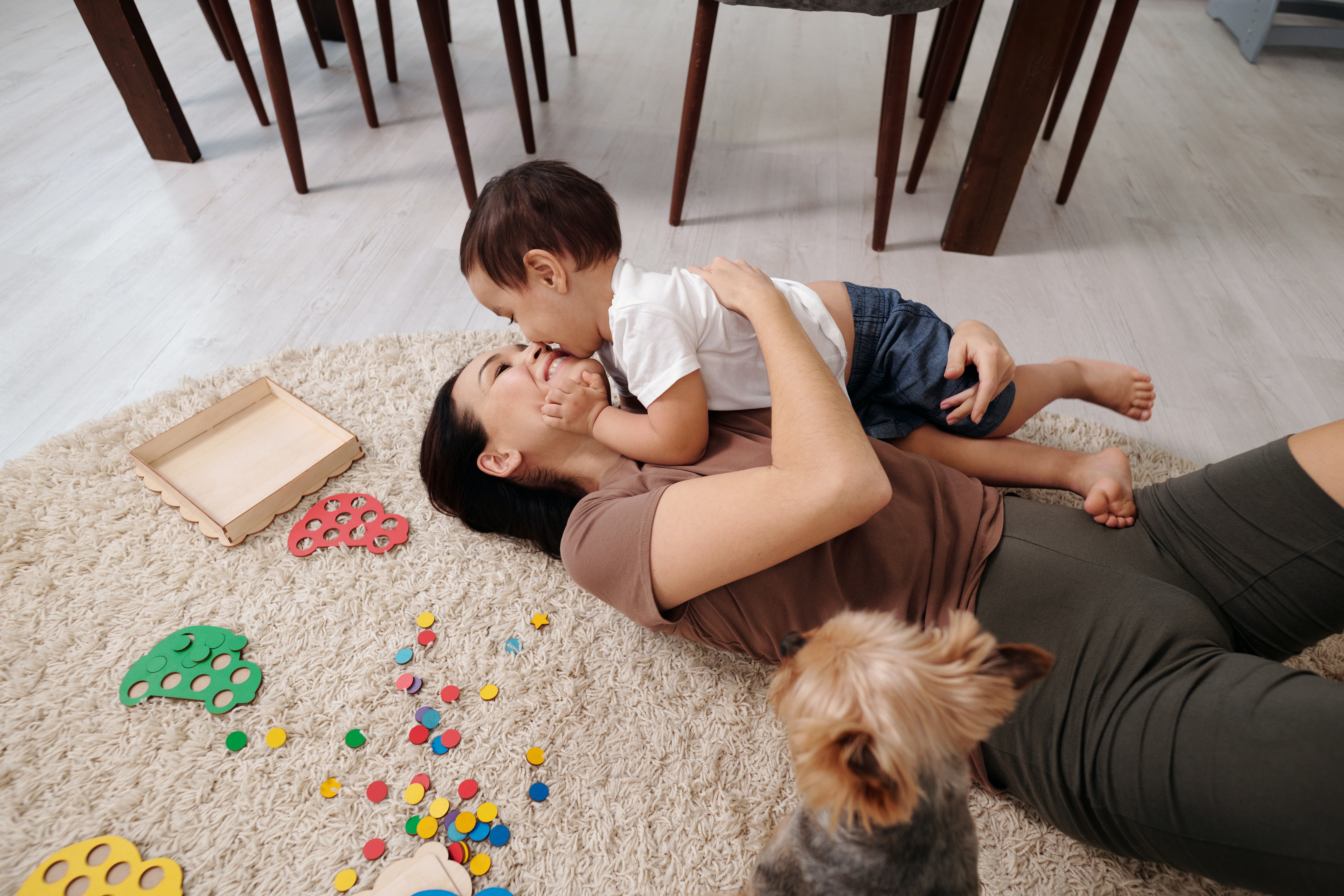 Although trying to keep up with a toddler can feel like opening day at the goat rodeo, the movement between baby and mother is actually a meaningful social dance, a pas de deux variation in which baby frequently leads and Mama follows in synchronized movements that ultimately pave the way for the child’s interactions with the bigger world.

The capacity to synchronize movement with another human is central to social interaction. When children jump rope, when one player passes and the other blocks, or when partners grab hands for the next round of West Coast swing, all those actions involve the ability to move in relation to one another.

Scientists have studied this “behavioral synchrony” primarily during stationary, face-to-face interactions between infants and adults, observing the matchup between facial expressions and vocalizations that make up the social dance between baby and caregiver. Drs. Justine Hoch and Ori Ossmy, postdoctoral fellows with New York University’s Department of Psychology, and Dr. Karen E. Adoph, NYU professor of psychology and neural science, wondered if that dance continues once the infants have begun to find their own way around the dance floor.

To find out, they set up a large playroom in their laboratory outfitted with toys, risers, slides with stairs and platforms, and observed 30 pairs of infants aged 13 months to 19 months and their mothers for 20 minutes. The mothers were instructed to play with their children as they normally would in their homes. From the moms’ and toddlers’ perspective, it was a fairly low-tech challenge. The children didn’t have to wear any monitoring devices and the mothers didn’t have to keep track of anything except keeping baby from doing a faceplant off the little slide. Behind the scenes, however, NYU’s Infant Action Lab was whirring along.

Using wall-mounted and hand-held video cameras, researchers tracked mothers’ and babies’ even-miniscule movements, which were then analyzed by cutting-edge recording technology and machine-learning. The lab is among the first to document in this ultra-high-tech way what babies see, hear and do in their everyday lives, and how the input changes when infants acquire new knowledge and skills as they develop.

The lab developed Datavyu, a free, open-source coding tool, to powerfully annotate this video data and founded Databrary, a secure web-based video library, now available for other scientists to use in their research on human movement. 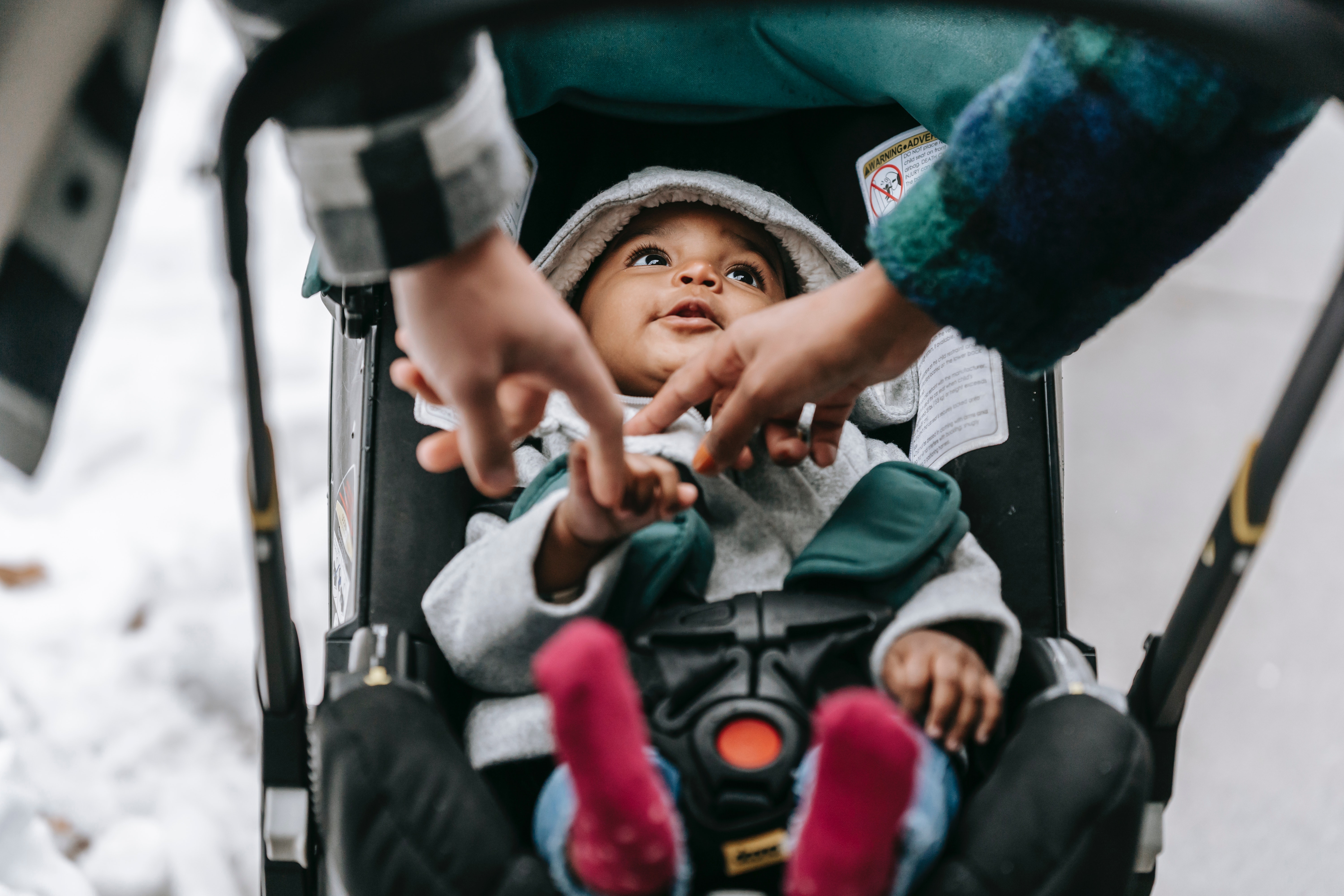 What the researchers discovered in the Mother-Child Synchrony study was the mother-child dyads do engage in a coordinated, related way as they moved through the playroom, though not all synchronize in the same way.

“In this lab playground environment with things to climb on and things babies maybe could fall off of, we found that moms and babies synchronize their locomotor activity,” Dr. Hoch says. “More interesting is that we found two distinct groups that accomplished that synchrony differently. One group had a leader-follower dynamic and the other had a dynamic where both the baby and the mother went away and then came back to their partner.”

The mothers and babies didn’t mirror each other’s movements, but their locomotion was coordinated and correlated, indicating that they scaled their movements to each other. Patterns of locomotion differed among the mother-child duets with about half the moms keeping pace with their infants and following whenever the child veered in a certain direction (see “faceplant” above). The other half of mom and baby duos “yo-yoed” to and from each other, with the infants doing most of the back-and-forth, often in an attempt to get Mama’s attention or just to touch base for a little dollop of social interaction. And then off they would go again.

Differences in how much the children moved and the ground they covered were not influenced by differences in age, experience or walking skills. Predictably, the babies moved much more than the mothers did and covered more ground relative to their size, with moms able to cover the territory they just galloped over with three big steps to their 30. (Some of the Lab’s earlier research found that the average toddler clocks more than two and a half miles a day.)

“In general, mothers move about a third as much as their babies do,” Hoch says, “but how much they move is correlated with their babies’ movement. The best predictor of how much moms move is how much their babies move.” Baby leads, Mama follows, moving in close when they climb too high or get too close to edges. In turn, mothers sometimes take the lead in ways that expand the child’s horizons—encouraging them to take a look at this or that thing just out of their reach. “What’s over here?” “Look at this!”

Toddlers don’t need a destination to get in motion: They just move to be moving. But to learn the toys requiring fine motor skills, they need a knowledgeable adult with them to help them discover what to do.

In addition to supporting the theory that mothers and babies synchronize their movements, this and related studies provide a few other important takeaways, the researchers say. One is that toddlers don’t need a destination to get in motion: They just move to be moving.

“We have found that a lot of our ‘commonsense’ assumptions are just wrong,” Dr. Adolph says. “Like everyone else, we thought, ‘Well, babies move for the same reason we do. To get to a destination. And, of course, they can. But if you put toys or snacks on the floor, about half the time, they’ll just walk to the other end of the room.”

Another takeaway from observing the babies is how they play with different types of toys. “When the babies have things like a stroller or balls, a broom and rolling carts, not having their mom right there isn’t a big deal,” Adolph says. “But when the toys are manipulative, like shape sorters or a Pop-Up Pal, the babies just carry them around. When the caregivers come play with them, it depresses locomotor activity and boosts manual play.

“That’s how caregivers play with little babies. They don’t do a lot of, ‘Let’s run, run, run. Chase me!’ stuff. They’re more like, ‘What’s this? Look at this thing? What’s this called? Let’s put that shape here …’ Which is what you want if you want your child to learn manual and fine motor skills. Babies are going to learn how to run and walk and explore the larger environment without their caregiver. But to learn the toys requiring fine motor skills, they need a knowledgeable adult with them to help them discover what to do.”

Another important takeaway, Adolph says, is how adept babies are at making their own fun. Left to their own devices with just about anything they can manipulate with their hands—a building block, a crumpled piece of paper, the dog food bowl—they’re going to have fun with it whether it comes with a “Made for Babies” label or not. (This information should gladden the heart of anyone working on a holiday gift list for the 3-and-Under set: Get them a set of plastic measuring cups and some nesting mixing bowls and don’t go crazy with trending toys from big name brands.)

Their paper, ’Dancing’ Together: Infant-Mother Locomotor Synchrony, co-authored by Hoch, Ori Ossmy, Whitney G. Cole, Shohan Hasan and Adolph, proposes that both the face-to-face and locomotor synchrony that researchers have observed serve a similar function in the child’s development. They create a pathway—a scaffold—to the child’s interactions with the outside world. In coordinating face-to-face with mother or other caring adults, babies learn social skills, how to coordinate their attention with another human, how to interact with objects—how to be social beings in the complex world they now inhabit. And once they get their walking papers, whole new realms open. With Mother’s support and synchrony, they can move beyond the blanket and start investigating boundaries.

The work being done at the Infant Action Lab shines a bright light on the Mother-Baby social dance that gives infants what they need to make their way in the big, wide world.

Read the original story on ELN.

Early Learning Nation (ELN) is a nonpartisan, independent online magazine focused on early learning, featuring original news, interviews, videos, and resources from communities across the U.S.  An initiative of Bezos Family Foundation, ELN leads with science and connects with early learning professionals, parents, policymakers, scientists, community leaders and others to share the latest findings, challenges, and successes in the field. Learn more at the EarlyLearningNation.com.